This isn’t necessarily my favorite song from 1995, but sometimes art reflects life, and when it comes to the songs of 1995 this is the one I wound up with all those years ago. 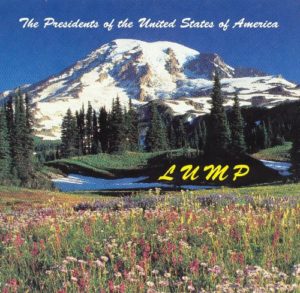 My burgeoning rock fandom really exploded in my Freshman year of high school as Gina and my loose cadre of middle school nerds coalesced into a group of rocking teenagers. Though I had the claim to fame of having seen Madonna as my first rock concert, I was growing jealous of our peers and their live music escapades.

I remember seeing Gina in her first play at Masterman sitting behind an entire row of kids from our class who had just been to an Offspring concert – the height of cool.

After what I’m sure was some amount of campaigning to my mother, she lamented and for my birthday purchased me a pair of concert tickets (one for me and one for Gina, of course – we weren’t quite inseparable yet, but quite a music-loving pair). Since my prohibitive favorite LP of 1995 was Garbage, my new favorite band, and since Garbage would be in Philly playing one block from Gina’s house, obviously that would be my mother’s selection.

Well, apparently I sang “Lump” at the top of my lungs out the car window one too many times, because the tickets were to see Presidents of the United States of America one night before Garbage.

I begged. I pleaded. I would find someone to buy the PUSA tickets. I would pay for the Garbage tickets, too! Please, for the love of Bowie, would she relent and let me see Garbage.

The Mother of Krisis was unyielding. She had done me a solid and not only granted me permission to go to a concert but bought the darn tickets and there were no takesies backsies going to happen. I would go and see “Lump” and like it.

(Let it be known that Mother of Krisis has never lived this down and still is reminded at least annually (plus whenever Garbage releases an album or I see them live, again) that it was her biggest parenting mistake of all time.)

(Which, credit where due, if this is your parent’s worst mistake of all time they are probably a slightly better than average parent, at minimum.) 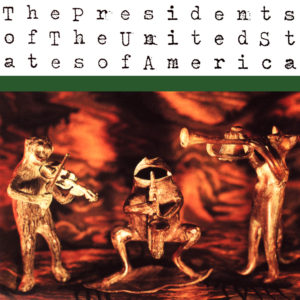 I might have looked that gift horse in the mouth when offered the tickets, but when it came to the show – my first rock show – I was fully committed. We were in line early and in the second row of bodies from the stage. Gina and I still talk about the insane opening act, Supernova, and their gum-chewing, pogoing set that included the ridiculous tune “Chewbacca,” which we can still shout at you on command.

The Presidents were great. Honestly, as first rock shows go, you couldn’t do much better. It was a group of young, energetic dudes who played their instruments well and wrote inane songs about kitties and peaches – yes, another early influence on our totally weirdball songwriting.

As for “Lump” – what is she? A dead body? A stupid girl? A Gen Xer sleeping her way through life in more ways than one unless there’s an awesome band on stage? I tend to subscribe to that last one – Lump as a metaphor for someone stuck in the mud of life, circled by piranhas of bad decisions.

(“Totally emotionless except for her heart,” is the right answer, by the way.)