This updated X-Men Reading Order guide is available to everyone, but it was made possible via the support of Patrons of Crushing Krisis 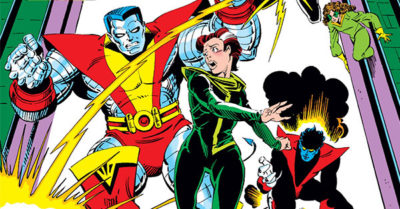 That includes the significant broadening of the world of X-Men – Kitty Pryde adventuring with the team, the launch of Dazzler, the debut of Rogue, the launch of New Mutants and Alpha Flight, the first three Marvel line-wide events, and a bevy of mini-series from Magik, Wolverine, Iceman, Nightcrawler, and more!

This is the era where the X-Men really began to explode – both in popularity and in proliferation across the Marvel Universe. END_OF_DOCUMENT_TOKEN_TO_BE_REPLACED