This week brings back an interesting conundrum I last faced in my Season 8 and All Stars 2 recaps, but never this early in the season: What happens when the judging completely diverges from my take on the performances? 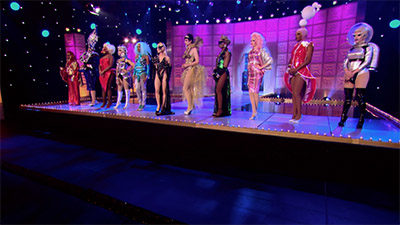 And, for bonus points: what happens when despicable personalities get rewarded by the show?

I came to Drag Race in Season 6, which you could accuse of being the beginning of “RuPaul’s Best Friends’ Race.” Sure, Gia had her shady moments and Darienne had it in for BenDelaCreme, but it was mostly a sweet season about being great at drag – and I loved it. There was no villain and everyone pretty much got exactly as far as they deserved to get.

That became my model for Drag Race – that it was a total meritocracy and that it had evolved past the nastiness I glimpsed when going back to prior seasons. Even if her fashion was aces, how could I love Raja when she was a mean girl who labeled other people “Boogers”? Even if their fashion was stellar, why would I root for RoLaskaToxxx if their sole reason for being became bullying Jinkx?

We haven’t really seen a serious villain since then, but it’s not a coincidence that the two seasons I quit ranking before the finale were the two that really turned my concept of drag meritocracy on its ear. I couldn’t understand the departure of Acid Betty and the lack of rewards for Thorgy in Season 8, and I was puzzled by the EZ-Pass given to Alaska (and, sometimes, Detox) in All Stars.

A broken meritocracy and the return of villainy have converged here on Season 10. This is the third week in a row the judging hasn’t even commented on an obvious challenge winner in order to serve a heavy-handed narrative. We have Monique Heart being criminally ignored and the early emergence of an “always a bridesmaid” story for Miz Cracker. Meanwhile, the judges fawn over any decent look from Aquaria, and Eureka gets a comeback narrative while she comes off as the nastiest queen we’ve had since original-flavor Roxxxy.

I love drag and I love this show, but I can’t get excited about parroting misguided rankings based on the judges’ feedback and the edit. From this point out, I’m going to simply write this up as “Krisis’s Drag Race,” and boost the queens I am personally living for – which so far has not included Aquaria.

Start your engines, readers. And may the best woman … win! END_OF_DOCUMENT_TOKEN_TO_BE_REPLACED

This is an all-time classic episode of Drag Race, with a difficult marketing maxi-challenge, a stunning runway theme, and a helping of drama (if you like that sort of thing) (and I don’t). 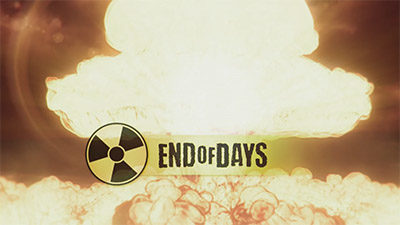 This episode’s feather-themed runway is one of the strongest themes in the history of the show. The majority of these looks would be winners against any other runway lineup, and a two of them will probably go down as a pair of the most memorable looks in Drag Race history.

Behind the scenes in Untucked, the queens get into a serious discussion of Drag Race and race when Aquaria suddenly turns timid after coming for The Vixen’s borrowed red wig. The debate isn’t that Aquaria’s argument is valid (and it’s not, really), but that their confrontation is the perfect model of how white queens never get the blame when it comes to drag drama while queens of color get vilified for clapping back. 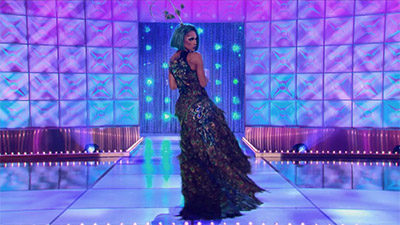 Vixen really appeals to me here as a queen who understands the tragedy that playing the game her way – which includes calling out bullshit where she sees it – is going to earn her hate just because of the color of her skin. A white queen with the same strategy would be an all-time fan favorite, but she will inevitably go down as a more divisive contestant.

Yet, instead of playing the coquette, she chooses to lean into her personality. That recontextualizes her “here to fight” entrance line. It’s not that Vixen is mean or messy. It’s that she is unequivocally herself, and she’s not going to back down from that.

I have zero interest in the petty side of Drag Race, which means a contestant who is “here to fight” is a total turnoff for me no matter the color of her skin. Yet, I’m conscious enough of my implicit bias to understand that I can be quicker to dismiss a black queen who is being messy even without intending to be racist. Just because I love Bob, Shangela, and Chi Chi doesn’t mean I don’t have my own racism to confront.

By contrast, Aquaria now looks extra-bad for her equally deliberate confrontational nature from these past three episodes. She’s a brainy queen who knows exactly what she’s doing whens she provokes Vixen or Cracker, but she also knows she can squeak by on the power of being an easily-forgivable pretty white queen.

Wow – that got heavy pretty fast! Let’s get light as a feather with this stunning runway and another week of major shake-ups in the rankings compared to the previous rundown.

Start your engines, readers. And may the best woman … win! END_OF_DOCUMENT_TOKEN_TO_BE_REPLACED 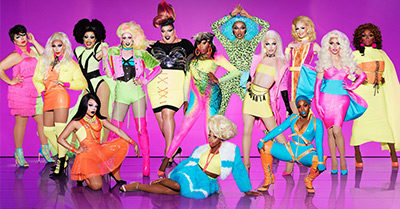 This week the 13 queens of Drag Race split into two teams to perform a musical parody of outrageous pharmaceutical advertisements. It’s a weird challenge that brings to mind the early seasons of the show, when challenges were deliberately ridiculous and meant to poke fun at the absurdity of other reality programs.

Slotting a straight-up performance challenge (complete with choreography from Drag Race All Stars alumnae Alyssa Edwards) after a classic design challenge really shakes up our ranking! Only a single queen holds on to her spot from last week’s ranking and ten of our girls wind up with an average between 6 and 10, which shows just how much the tables have turned from last week.

All right, readers – start your engines. And may the best woman … win! END_OF_DOCUMENT_TOKEN_TO_BE_REPLACED 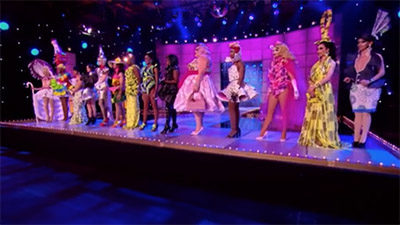 It’s the debut of the tenth season of RuPaul’s Drag Race, and these fourteen queens are seriously tens across the board!

There hasn’t been a debut that has felt so chock full of big personalities and relatively devoid of filler queens since Season 6.

Past the stellar cast, this debut episode tips RuPaul’s strategy of treating season ten like a “greatest hits” of the past nine seasons. That not only shows in the return of the popular “Drag On a Dime” construction challenge, but also in bringing back a slew of queens to act as a featured audience for the runway mini-challenge.

We’ve seen Ru bring back past queens on the show before, but to see so many of them (including lower-placing finishers) in the audience for this bombshell regular season debut on VH1 was really heart-warming. They’re all amazing artist, and they deserve the boost that comes with the show’s newfound higher profile after RuPaul’s pair of Emmy wins.

But, enough about RuPaul’s Best Friends Race – how was the battle to be America’s Next Drag Superstar? We saw a slew of shake-ups compared to last week’s Pre-Season Power Rankings – including one huge fall and three major rises!

All right, readers – start your engines. And may the best woman … win! END_OF_DOCUMENT_TOKEN_TO_BE_REPLACED

Now that’s you’ve had one entire day to recover from the buffoonery, riggery and straight up tomfoolery of the RuPaul’s Drag Race All Stars Season 3 finale, are you ready to cleanse your palette with a brightly-colored group of 14 new queens?

Well, ready or not, here they come: Drag Race Season 10 begins on Thursday March 22, and it’s bringing with it some majorly polished looks and massive personalities.

This is the first of a many-week marathon of Power Ranking the queens of Drag Race Season 10, so let me get you acquainted with what this is and what it is not.

First: My rankings are not meant to be a prediction of the queens’ final placement! Especially for this pre-season ranking, it’s more like a handicapping of who seems ready to burst out of the gate with strength. I’ve made some good picks in the past (Bob The Drag Queen) and some weaker ones (Tempest du Jour).

Second: This is not purely my list of favorite queens. It’s about who has the perceived heat and narrative momentum coming out of each week of the competition.

Finally: My rankings are not just about “track record.” I am sick of that phrase after the complaints about the past two winners of Drag Race. Sometimes a queen’s Wikipedia-accurate track record does not tell the story of her narrative arc on the show.

I think fans who focus on the wins and losses to a fault wind up unnecessarily surprised by the winner of this show, which has story editors whose job it is to leave us a narrative breadcrumb trail. The only big shocker of my five seasons of ranking this show has been Shangela getting eliminated by the jury of her queers this week before she could snatch the crown.

Will my outstanding track record (ha!) continue this season? You’ll have to check back every week to find out!

This first week of rankings is a non-binding, pre-season evaluation based on the cast’s “Meet The Queens” interviews and a smattering of their online media. One note to keep in mind is that the queens did not necessarily choose their own outfits or styling for their promo looks, so we cannot just go by their looks in judging their qualities!

All right, racers – let’s get started. And may the best woman … win! END_OF_DOCUMENT_TOKEN_TO_BE_REPLACED