There’s a meme I keep seeing on Twitter to the effect of, “Telling a photographer their camera ‘takes good pictures’ is like telling a cook their oven bakes good cake.” 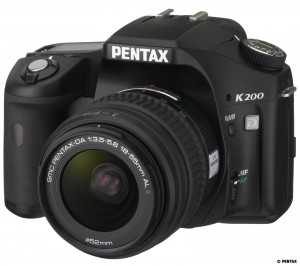 I will tell you, I got my back up a little about this. Sometimes your ability to do good work is truly limited by the quality of the tool of production.

I don’t know if a good cook could produce great work in my Sophomore year oven. Honestly, to this day I’m not conclusively sure the thing heated up past 200 degrees.

In my contrary angst I clicked through the meme to a delightful blog post from photographer Erin Farrell, who maybe was the patient zero of this wave of strident photogs? Erin put “takes good pictures” to the test – handing her pro camera to her amateur brother to shoot a friend’s daughter, and then shooting that same girl in the same location herself.

The results? You have to read her post to see, but the essence is that even her brother’s best shot with a heavy-hand of pro touch-up doesn’t compete with her middling shots directly out of camera. 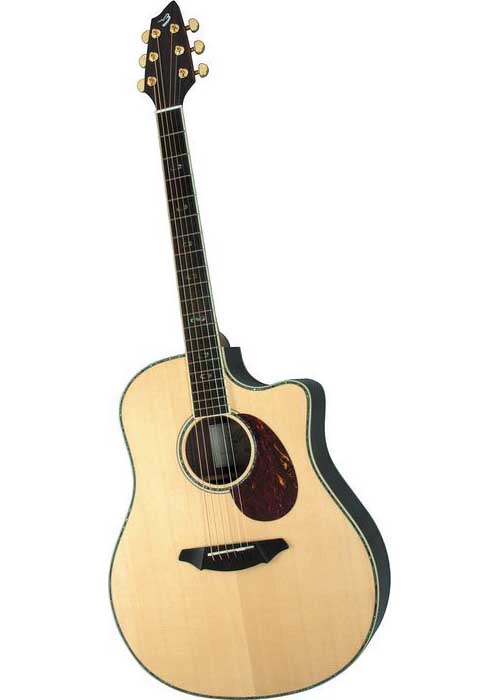 Then I thought about guitars. What if someone stopped me after a show and said, “your guitar plays great songs!”

I think that phrase is more illustrative of the photographer’s dilemma than the camera example, because the divisions are clearer. A guitar isn’t as smart as a camera – it has no automatic mode; it can’t focus on faces. As the songwriter, I’m the one who dreamed up the melody, wrote down the words, and decided on the arrangement and dynamics.

The guitar can’t do any of that for me. Like the photographer, it results from my skill and years of experience.

What the guitar did was give it tone. Depth. Credibility. If your favorite guitar player played your favorite song on a crappy guitar it would still be your favorite song, but it wouldn’t ring as true as their original. I am not a huge guitar snob, nor am I the best guitar player, but I categorically won’t play on other people’s guitars – my guitar is as much a part of my sound as my voice.

If an aspiring songwriter told me “your guitar plays great songs” (and they have, more or less, because I love to let other people play my guitar), I would thank them and tell them about Breedloves and why I like playing them. Because, even if my songs might be better than their song at the moment, the better tool is going to help level the playing field – and help them improve.

In short, the nicer guitar will play great songs.

That, in turn, made me think about cameras again. E is a degreed photographer, and I love her prosumer Pentax digital camera. In Paris she frequently let me shoot with it even though I also had a low-end “point and click” camera to shoot with.

Below are two photos of one of my favorite works of art, Cupid and Psyche, which lives in the Louvre. Both were taken by me with no coaching from E, though with different cameras on different days and with different light. Both are the best shot I took out of many with each of their respective camera, based on the limits thereof.

Which camera took the “great” picture? Click through for full size. 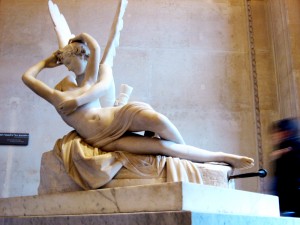 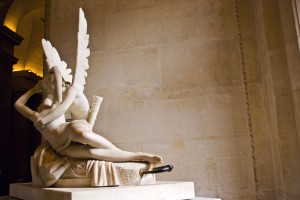 Bottom line? Some cameras take great pictures, and some guitars play great songs – but they need a certain alchemy from the taker and the player to do their magic.