You are here: Home / Creative / my music / songwriting / the gift of me 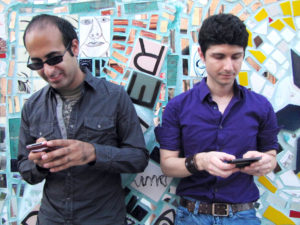 Alright, how do I do this without being insufferably both maudlin and self-congratulatory.

Fuck it, it’s my birthday.

Over the summer I received a phone call. I was sure it was a prank or mistake. From what I could make out from the rapid-fire message, someone wanted to interview me for a magazine.

As it happened, I was jumping through a lot of life’s other hoops that week, so I didn’t return the call. But then I got another call. This was a real person, and yes she was looking for Peter the musician. She wanted to do a brief profile on me for a local indie music mag called Jump Philly – yes, a physical magazine, not just a blog.

Now, I’ve been featured in media before. Probably the best mention was during one of the Blogathons, when I was quoted on MSNBC. But that time and all of those other times I was being mentioned in relation to something I was helping to produce. 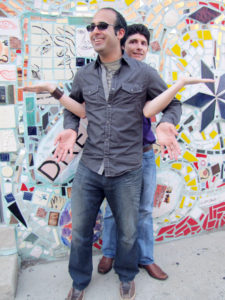 This time I was being mentioned for producing myself – in particular, my songs for Eric Smith‘s novel.

I had an amazing, hilarious conversation with my interviewer Lauren over sushi on South Street. I coached myself on staying on-message before-hand, but it was no use: get me in front of someone who keeps asking me questions about music and see how well I stay “on-message.” I wind up telling anecdotes about Jem.

(Lauren immediately inquired with glee, “That was on the record, right? Because I am totally using that.”)

The one message I managed to hammer was spelled Dee Aye Why. Every answer dovetailed back to how I did something myself. Taught myself guitar. Got the keys to Drexel’s recording studio with just one term of classes. Self-recorded every song of mine ever released.

The issue came out around Labor Day. Before I could see it, someone at a wedding told me they had picked it up and seen a picture of me. Me!

The photos were taken some weeks after the sushi. Eric, Lauren, and I chased good light all over South Street with photog Ashley Hall until we found our spot.

She snapped away. I coached myself on staying on-message. With my body-language, I mean. I notoriously hate just about every photo of myself taken by anyone except for E and, apparently, MikeyIl. Everyone catches me in these gawky moments between moments. And I don’t like to smile with teeth, because it makes me look silly.

To say I was awaiting the issue with trepidation would be an understatement. There was so much message to be off! I’d probably come off sounding like an ass and looking like Goofy.

I couldn’t have been more wrong. And, let’s not misconstrue me here – I am not bragging about being phenomenally on-message in my interview and photo calll. 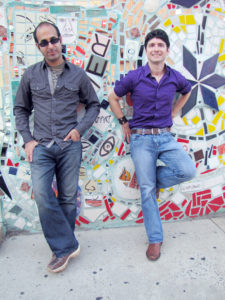 No. First, I was in the hands of professionals who cared about getting my story right.

And, second, my life as a whole is what I want it to be, so what is there to get wrong? Lauren talked about my many musical endeavors, all true. Ashley shot a trim and – dare I say – slightly muscular looking version of me beside the ever dashing Eric Smith.

I had nothing to object to, and I have nothing to object to today. As far as I am concerned, thirty is a signpost on a road of awesome goals achieved and dreams realized. It means I’m old enough to call out petty bullshit for what it is, and for people to know to take me seriously even when I am proposing the most outlandish thing.

That’s a far cry from turning twenty, ten years ago, when I blogged: “The world is the container of a finite amount of possibilities both big and small, and i don’t think any chain of events will ever make me truly happy even if you substitute in all of the right jobs and friends and lovers where there are just empty spaces right now.”

Tell that to the guy in these photos.