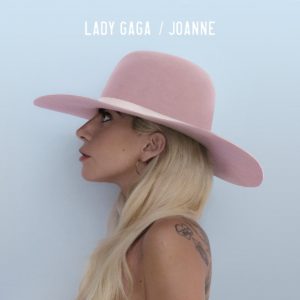 I’ll be dissecting Joanne song by song every day until November, when I debut some much bigger daily content!

Lady Gaga has never quite recovered from the sophomore success of the stunning Fame Monster EP in 2009. Born This Way had a handful of strong singles but was manic and didn’t have legs. ArtPop found a deliciously dirty synth sound but brought too few good songs along with it.

Her new LP Joanne is a step in the right direction, and that step is discarding the idea that Lady Gaga must always equal synth pop. It was an unwinnable equation that left her stranded on a shrinking island of radio play. Even the keyboards of the first tune on the record quickly give way to a sizzling live band sound that currently works just as well on pop or rock radio.

Opener “Diamond Heart” vibrates with the warm, fuzzy, analog sound of electric piano. Gaga plays it loosely, which pairs well with her live-sounding, unprocessed lead vocal. This goes beyond the sparse opening measures of “Marry The Night” to sound like something vintage. If “Speechless” was Gaga’s take on The Beatles “Something,” this might be her version of Linda Ronstadt. “Some asshole broke me in,” she sneers, “rag-dolled my innocence. I’ll just keep go-go-ing this dance for you.”

A tangle of electric drums break the throwback spell and drag us to the present day before everything drops away but Gaga’s voice, though the transitional phrase of “Young wild American, come on baby, do you have a girlfriend” seems wasted on the sudden focus, with the actual refrain shoved into the back half of the chorus. “I might not be flawless, but you know I’ve got a diamond heart,” she proclaims, inserts a slurred interval leap in the middle of “diamond” (the only big ascending jump in the chorus).

It definitely feels like this song came from a pair of disparate elements – the coming-of-age travelogue “Young Wild American” which could have been a solo ballad, and the stormy “Diamond Heart” which could have easily been a part of an earlier stage of “Perfect Illusion.” Both concepts are strong, but the two don’t especially match up. You can hear the creaking of gears every time the song transitions from one to the other.

Even if it’s not Gaga’s most coherent tune, it’s still a bracing opening salvo on her first solo album in three years . It rocks as hard as anything she’s released previously, and the live vibes, guitars, and drums are a good portent for the rest of the album.

Chords to play this song after the jump: