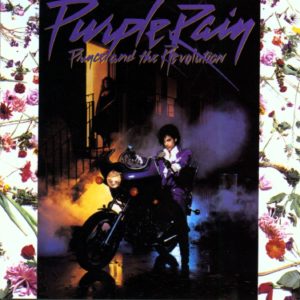 1984 was a year that included a Madonna record – one of my favorite records of all time, actually – Like a Virgin. I could go on and on about that album. Yet, as with yesterday, I have to pluck out a different song to highlight. Unlike yesterday, this song as quite a pedigree.

“When Doves Cry” may have been the first time I noticed that songs imitated life. I was on the verge of my Madonna obsession that came the following year with endless spins of “Dress You Up” b/w “Shoo-BeeDoo” but it was also the period where my parents were moving towards their separation.

I don’t have a lot of memories from when they were together and together in the same place. There are only two that I can recall clearly, and one was standing on the landing of our staircase listening to them scream at each other.

(Please, mom and dad, don’t comment and ruin the mystery.)

(Due to Prince’s curious vendetta against any of his music appearing online, there are no embeds of the video of “When Doves Cry” to share! Instead, have this early rehearsal footage of him learning the song with his band.)

Despite the dirty electric guitar riffing in the intro and the jaunty piano chords of the refrain, “When Doves Cry” is a sparse song. Prince is singing to an unnamed partner, but to me the song plays out in a locked white room (“a world that’s so cold”) with several Princes, drums, a piano, and some phase effects. There is no bass. 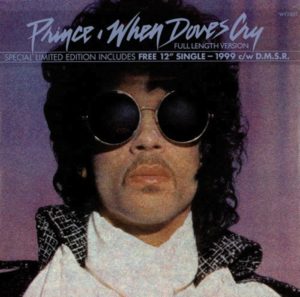 Nothing else will enter or depart.

Maybe it is the inside of Prince’s mind, him arguing maybes back and forth, the drum an echo of his heart beating from just below.

I think it says something about me that for over 30 years “When Doves Cry” has always been a song about parents when that amounts to only four lines alone in the context of the bottled lust of the rest of the song.

I have to consciously check in to hear anything else in the song as words other than noises. Like “animals strike curious poses” – I could recite the phrase to you phonetically, but every time I remind myself of the lyrics I quickly forget.

E said a thing to me last night to the effect of, “we’re all just machines executing code we wrote when we were eight years old.” We weren’t talking about “When Doves Cry,” but that’s absolutely what the song is about. At a point, all of the lust and heat in world can’t change your programming. You either add new functions to help correct the old code at the core, or you just keep executing the same mistakes again and again – either the mistakes of your parents or the mistakes you make in reaction to their actions.

All of that meaning is packaged in this hermetically sealed white room of a song with its sparse arrangement, three stanzas, and a chorus. Prince was a genius of both music and the human condition, and also of efficiency. Lines of musical code.

If he could have said it in any fewer words or notes he would have.