You are here: Home / Personal / off-topics / family / she can read (much to my amazement)

Much to my amazement, our nearly 4-year-old seems to have quite suddenly gotten the hang of reading.

Actual reading. Not just spitting back memorized texted in a simulacrum of reading. I still remember the first time I witnessed that, because it was the day we told all our friends we were pregnant. It was our friend M’s daughter’s third birthday, and she “read” me an entire book from front to back. I was in total shock that she could read so many words and so quickly, until her father pointed out that she had simply memorized the entire thing. 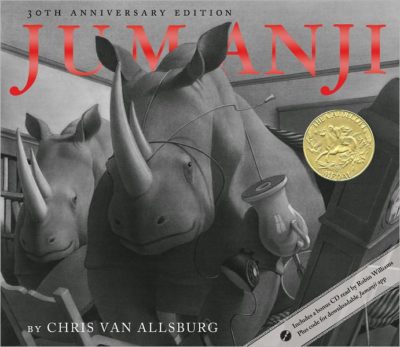 Our copy of Jumanji came with a CD of the audiobook narrated by Robin Williams. I put off playing it for EV6 as long as I could but finally the asking became more constant. I let her follow along with the book on the couch while I cried silently in the kitchen.

EV6 has always been good at memorization. It started one night when she was still impossibly small when she spat back the final page of Nightsong at me during her bedtime reading.

That was just the beginning. Since then I’ve heard this girl recite dozens of her books back at us – including a word-for-word rendition of Jumanji, and that is not a short children’s book.

Her current favorite thing to memorize is comic books, which I suppose must be slightly easier to do since you can focus on dialog balloons as if you are learning the script of a play. She has the entirety of the first 20 issues of Lumberjanes committed to memory. Sometimes she’s got it down after hearing it only two or three times, it’s amazing.

It’s amazing, and it keeps her nose buried in books all day every day, but it’s not reading.

I haven’t been too fussed with pushing reading skills on her while I’ve been staying at home. That’s in part because I learned to read so late, and partly because I feel like America’s school industrial process is overly quick to push advanced reading and math skills on kindergartners who aren’t always developmentally ready for them.

Despite that, I also haven’t ignored the skills. We’re always sounding out the words we encounter during the day and having little spelling bees on the refrigerator. I’s exclusively directed play and that’s fine. She’s three. I don’t expect her to read.

Or, didn’t expect her to read, because that’s what she’s been doing for the last week. 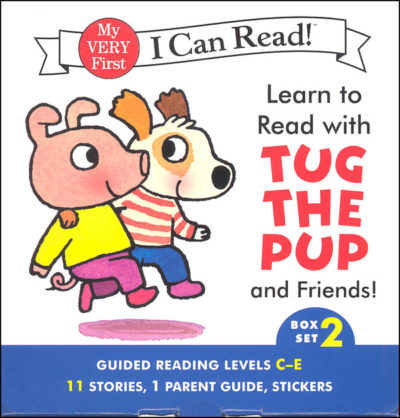 I am going to feel indebted to this damn dog for the entirety of EV6’s educational career.

On a recent visit to Lindsay’s house for dinner, her daughter C excitedly pressed an extra copy of one of her “I Can Read” box set of tiny books into EV6’s hands.

I didn’t really think much of it at the time – C is almost twice EV6’s age and has just graduated to reading simple chapter books on her own, and it was was the second set of “I Can Read Books.” I kind of just filed it away for later use and kept meaning to purchase the first set to get started on.

However, somehow we wound up taking them out and looking through them last week and EV6 read them to me.

At first I thought she was just doing her memorization trick, until I realized she hadn’t heard them read to her more than once – plus, I could watch her process the sounding out of the more difficult words.

Kids do so many surprising and remarkable things at these early ages that I hadn’t really been struck by sheer amazement until this weekend. One of the books uses the word “water,” which was one I was famously hung up on being able to read in first grade.

She didn’t even pause in sounding it out. “Wuh. Wah. Wat. Er. Water.” She read it and kept on moving.

There are 11 little books in the set and as of last night EV6 can read her way through all the words in Book 8. She can make it through pretty much any word that’s spelled exactly how it sounds, but needs help with vowel combinations and peculiar rules like soft Gs. She’s already eager for more, and has been attacking her own (massive) book collection as well as volunteering to help E sound out the words in the novel they’ve been reading together.

Knowing EV6 and her obsession with learning new things (gee, do you think we’re related?) I think it’s altogether possible she could be reading small books on her own by her fourth birthday, which is just over a month away.

Previous Post: « Song of the Day: “It’s Over, Isn’t It?” from Steven Universe
Next Post: work duration vs. work effort, and walking the (productivity) plank »