It’s often the case in my insular little world of no TV or radio that I’m aware of an artist for years before I hear a single note of their music.

That was the case for Jason Derulo. I knew he was an R&B singer and a good dancer, but hadn’t heard a single song of his before the band tackled “Want To Want Me” when it exploded as a song of the summer in 2015. I don’t know what I was expecting from him, but it wasn’t the sparse, slightly campy, almost retro vibe of that tune.

(We discovered it medleys perfectly with Blondie’s “Heart of Glass”as we tinkered with the arrangement to save me from singing the entire thing in falsetto.)

I was enamored enough to check out the entire Everything is 4 LP from which the song was plucked. I liked a lot of the LP and its breezy, synth-filled, 80s R&B vibe, but no song hit me as squarely as “Love Me Down.”

The big hook of “Love Me Down” for me is two-fold. I mean, yes, obviously, it’s the obscenely catch chorus with it’s “oo oo oo” ornamentation (how was this not a single?!). it’s also the push-pull of the rhythm of the verses against the chorus.

The verses are built up from a single note “bah da-da dah” bass riff that starts on the 2-and of the measure. These little riffs on the upbeats are a funk staple; you’d be forgiven if you confuse this one with “Uptown Funk” even though they’re totally different because they behave by the same rules. 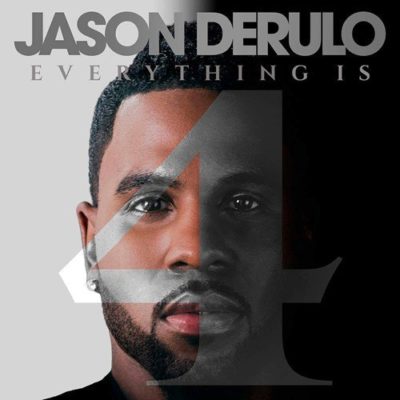 The chorus is a more straight-forward, galloping affair. The riff on the the upbeat is still there – emphasized, even – but the addition of a standard kick-snare one-two and a ticking cymbal loop helps snap your brain into every eighth note in the measure, which eliminates the little vacuum you feel before the riff starts in the verses. Plus, it has big hits on the one – totally the opposite of the verse.

Add to that free fall harmony fest of the bridge the audacious vocal leap in the pre-chorus that evokes Michael Jackson (perhaps “Shake Your Body”?) and lets the melody tumble back down the scale to the chorus and you have got a killer catch song (that was not a single for some reason).

Because of when “Love Me Down” first earwormed me it’s always going to be fundamentally a song of the summer for me. It wasn’t a single (whyyyyyy?), but I’ve got a frame-by-frame music video in my head that plays out on a hypercolor etro city street with kids dancing in the spray of fire hydrants like an outtake from Spike Lee’s Do The Right Thing.

Given how hot it is in our house today, it’s the first song that leapt into my mind. (especially with our air conditioner playing the role of Marvin the Martian and occasionally being too depressed to actually produce cool air, but that’s a story for another post.)