You are here: Home / Personal / topics / thoughts / ripping off the culture shock band-aid (of groceries)

As I stood in front of a shelf full of unfamiliar jars of pasta sauce, I thought to myself, “What have you done?” 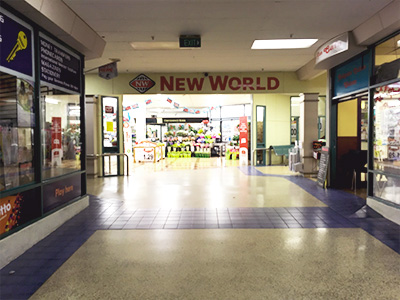 That the store we chose was named “New World” was not lost on me, because even after 24 hours of travel I can detect thematic content that has the subtlety of a sledgehammer.

People have been asking me, “So, New Zealand – are you excited?” for a couple of months now. It’s gotten to the point where my answers have become rote, though still entirely genuine. I talk about weather, schools, wind, and driving on the wrong side of the road.

After all, Wellington wasn’t going to be so different from Philadelphia. It was another major city with cars and people and houses. I kept that comforting thought fixed in my mind. Even as we traipsed through airports, customs, and wrestling our rental car, the pure weight of our move hadn’t really struck me.

In that moment standing in front of the pasta sauce, I like to think that I was transmitting a very specific, very serious distress signal that Douglas Adams described so well in the first chapter of The Hitchhiker’s Guide to the Galaxy.

This signal simply communicates an exact and almost pathetic sense of how far that being is from the place of his birth. On Earth it is never possible to be further than sixteen thousand miles from your birthplace, which really isn’t very far, so such signals are too minute to be noticed. Ford Prefect was at this moment under great stress, and he was born 600 light years away in the near vicinity of Betelgeuse.

In fact, I am a mere eight thousand, eight hundred, and eighty-two miles from my birthplace. Maybe that’s why no one caught on to my signal. As distressing as it was to me, it was far too minute for anyone else to notice.

I’ve formed a new relationship with grocery shopping over the past 16 months of being a stay-at-home parent.

Visiting the grocery store used to be something I did under duress of threat of hunger. It was something I’d prefer to just pay someone to do for me. I saw it as an ultimate sort of dead air – wasted time where it was impossible to be answering email, drafting a post, or playing a song. It was the worst sort of repetition, doing the same thing over and over again to achieve the same result.

That was before groceries became a regular part of my schedule with EV6 – and before I later began cooking dinner for us the majority of the week. Grocery shopping went from dead air to a strategic adventure. I had to puzzle together our meal plan for the week and answer increasingly difficult questions from EV6 from everything from the nature of fruit to why things have photos on their labels.

Before the two nomadic weeks leading up to our relocation I missed only one of nearly seventy weeks of my weekly grocery shopping trip with EV6 as my co-pilot and scanning assistant.

Our old routine wasn’t on my mind when I wrangled an exhausted E and EV6 up off the couch and to the grocery store after more than 24 hours of travel that began close to midnight in San Francisco two days prior, due to our crossing the international date line.

No: I was focused on survival.

We had been relying on restaurants at least once a day for the past two weeks and we had been stripped of all of our snack reserves when we passed through Customs in the Wellington airport. As exhausted as we all were, we ran the risk of being exhausted and utterly starved in a matter of hours when our traveling adrenaline wore off. Our temporary flat is lovely, but it not in a particularly happening part of Wellington full of restaurants and take-out. Aside from a Fish & Chips place at the bottom of our hill (confirmed to be Gluten-Only), we’d have nothing for dinner and then nothing again for breakfast unless we drove a considerable distance to restaurants for both meals.

Driving aside, at this point I was sick to death of other people making my food for me.

That’s how I got my exhausted pair of ladies to the grocery store with me. However, there was another, ulterior motive behind our trip.

We could let the culture shock trickle in via walks through the city, hearing the accent, and marveling at the queer differences in home fixtures, but a trip to the grocery store would be like ripping off the culture shock band-aid all at once from our poor, bruised, little American brains.

I remembered that from our trip to Paris almost a decade ago. A grocery store is an emporium that looks and feels at least a little familiar no matter where you are, but nearly everything inside feels foreign, from the brands to the organization. You understand that there will be some things you love that are missing entirely, and some things you’ve never heard of that will be plentiful.

It’s the other, subtler differences that are more mind-bending.

For example: I’ve just been informed that I could not find maple syrup on our trip because it is shelved with ice cream toppings in British commonwealths. Also, I saw a thousand things labeled “capsicum” which I assumed were just “spicy” because “capsaicin” is the thing that makes things spicy, but a capsicum is just a bell pepper.

Do you understand the depth of this madness? It is a gauntlet of strangeness that can break the strongest mental barriers down, until the foreign shopper is a quivering, mewling puddle of humanity weakly begging for a bag of Chex mix.

At least I already know that eggplants are “aubergine” and shrimp are “prawn,” and E informed me that kiwi sweet potatoes are called “kumara,” but I’m still working on the fact that kiwis are “kiwi fruits,” lest you be misunderstood to be consuming deliciously tart national birds or sovereign citizens.

With a few hours of perspective on our grocery trip, I cannot decide which was the most-disorienting part of the experience.

Was it that wall of pasta sauce?

I stared at that wall of something I typically buy every week without recognizing a single brand or label.

Well, that’s not entirely true – I discovered a few familiar brands who I’ve never seen in an American pasta aisle peddling their sauces here in Wellington. Some ketchup brand or another, but on the unfamiliar territory of a pasta sauce label, which is made doubly confusing by the fact that ketchup is called “tomato sauce” here and there was no Heinz 57 in sight.

Also not in sight: the Classico sauce to which I am hopelessly devoted. It’s the only sauce that actually tastes like sauce made by actual South Philly Italians. I don’t understand why it’s not sold all around the globe.

Despite my deep-seated horror at the pasta sauce situation, it might not have been the most disorienting part of our trip. 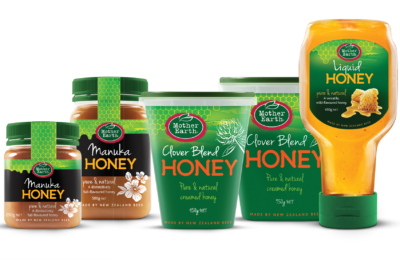 That title may belong to the wall of honey.

Intellectually, I know that other countries have other food habits, and we might discoverd a wall full of pickled herring or something. However, you never expect to learn that something you know and love back at home has an entirely different and fuller life elsewhere.

Picture, if you will, a selection of honey that rivals the selection of pasta sauce in a mid-sized grocery store. Maybe you think you’re seen something of its like in a health food store, but you’re wrong. We’re talking about different brands of honey harvested from different plants with different consistencies.

You know the American honey-in-a-bear you’re used to? That’s liquid honey – just one portion of the shelf. Have you ever had spreadable honey?

Total. Mind. Fuck. The yogurt situation was also pretty intense, but it was towards the end of the trip and I didn’t have the wherewithal to deal. At that point I was just closing my eyes and choosing something from the shelf.

(That’s how we wound up with a milk carton full of yogurt and at least three different versions of Dutch cheese.)

Did our grocery trip fully inoculate me against all further culture shocks? Surely not. For one, there was hardly any listening to anyone else talk, so I’ve still got absorbing the accent ahead of me.

I still think it was the right first day strategy. It emphasized that things are unfamiliar but still surmountable and largely edible.

And, no matter how homesick I might feel, there is one constant across all English-speaking borders: the liquid poison that is Pepsi, which I will continue to have never consumed in my life.

Previous Post: « the day that never was
Next Post: left side shock (or: The Great Wellington Cat-Brothel / Bird-Genital Tug-of-War) »