I’ve got a newly-revised comic guide for you – The Definitive Bobbi Morse AKA Mockingbird Collecting Guide and Reading Order!

Not in the mood to browse through an in-depth guide? Keep reading to learn a little more about Mockingbird, including where to start, what’s new, where she’s been in 2017, and what percent of her comics have been collected. 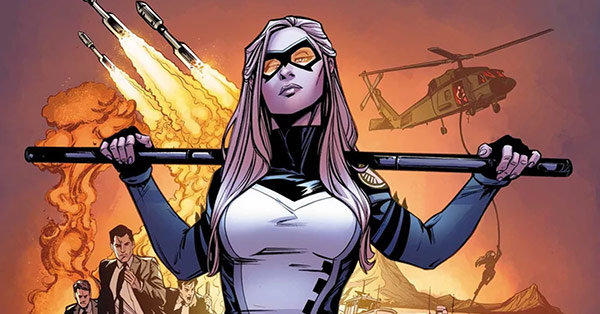 Bobbi Morse is an agent of S.H.I.E.L.D and a PhD in biology. Her early history is an ongoing series of retcons where Marvel tweaked her to be under deep cover agent, and then reintroduced her as a costumed hero. She spent the 80s and early 90s married to Hawkeye and co-starring with him in Avengers West Coast only to be lost in a brutal war against Mephisto – which made her sudden return after Secret Invasion one of the biggest shocks Marvel has ever pulled!

Since her return, she’s been an Avenger, injected with a hybrid Super Soldier Serum slash Infinity Formula, and become S.H.I.E.L.D’s go-to liaison for keeping tabs on heroes like Spider-Man and Silk.

Getting started with Mockingbird?

Proceed directly to Mockingbird, Vol. 1: I Can Explain by novelist Chelsea Cain.

This is a brilliant, hilarious set of five one-off stories from Mockingbird’s 2016 ongoing series. They all have a humorous, borderline-farcical vibe that’s like a female Archer – complete with all the sarcasm and situational humor of the spy cartoon, only with Mockingbird as the not-quite-infallible agent at the center of the story.

If you love it, follow it up with Mockingbird, Vol. 2: My Feminist Agenda, a more cohesive story with a back-up pair of issues that explain how Bobbi Morse wound up being injected with the Super Solider / Infinity Formula back in New Avengers (2010).

Nothing new to report! The only real grail of previously uncollected Mockingbird would be a minor gap in Avengers West Coast. She doesn’t have the longest history of back issues, and all of her appearances after returning in 2008 are in the “collected era” where every single Marvel comic sees collection in at least one bookshelf format. 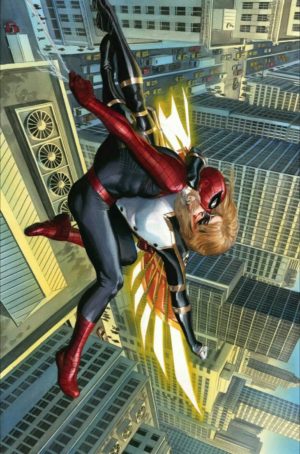 Mockingbird has no ongoing book to call her own in 2017 after the end of her own series in December 2016 as well as the cancellation of her co-starring turn in Agents of SHIELD and her supporting role in Silk.

Gosh, it’s almost like Agent Morse is bad luck to have star in your title!

Since that wave of cancellations, Mockingbird made brief (but in-character) guest turns in Power Man and Iron Fist and All-New Wolverine before appearing throughout Secret Empire.

However, the biggest splash she’s made recently is on the first Amazing Spider-Man cover of Marvel Legacy, where she continues to serve as Peter Parker’s co-star (and maybe something more?)

If you missed it in 2016, you ought to pick up Mockingbird: Bobbi Morse, Agent of S.H.I.E.L.D., an tidy and quite thick TPB of all of Mockingbird’s earliest adventures through the introduction of her marriage to Hawkeye in his 1983 limited series.

How any issues have featured Mockingbird as their headliner to date, and how many of those have been collected?

Of course, Mockingbird has starred in more than just 25 issue of comic books!

However, with the coverage of her early years from the new Mockingbird: Bobbi Morse, Agent of SHIELD collection, she truly has this few solo or co-starring turns outside of guest appearances or team titles like Avengers West Coast and Agents of S.H.I.E.L.D.

Does that mean we really have all there is to collect of Mockingbird? Not quite. A second edition of Avengers: Solo Avengers Classic would capture more of her stories with Hawkeye (plus fill a major gap for him). Plus, we’re still missing Avengers West Coast #76-79 & 83-88, of which Mockingbird stars in six issue.

Want to know how to own 100% of Mockingbird’s solo and co-starring turns? Head to the Mockingbird guide for all the details!