It’s the tenth week of new comics in 2018, and This Week in X is packed with X-Men titles, including all three of the current X-Men teams … but I wasn’t too thrilled with the selection! 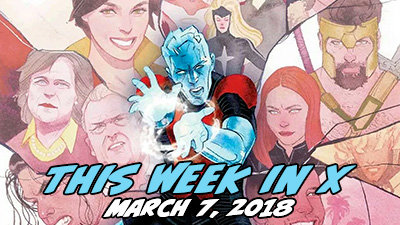