Before I dig in to our final power rankings of RuPaul’s Drag Race All Stars Season 3, I want to take a brief step back to discuss the cultural phenomenon that is Drag Race.

Last week RuPaul made some offensive comments about transgender women and their ability to compete on RuPaul’s Drag Race in an interview with The Guardian. This isn’t the first time Ru has been dismissive of the feelings and identities of trans queens, although it’s the first time the issue has gained enough traction that he personally apologized (via Twitter). 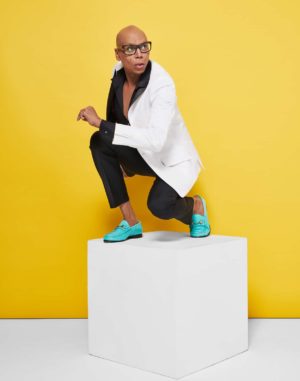 I am not the right voice to weigh in in the topic of trans competitors on Drag Race. To understand the community’s feelings about this issue, this BuzzFeed article has a good summary, as does this follow-up by The Guardian. The trans voices in those articles lend their own important perspectives, and if you are a fan of this show I think it is worth your time to listen to them.

In listening to transgender and genderqueer people talk about not just RuPaul but Drag Race and drag in general, I understand that some of them feel that the line-blurring and parody aspects of drag can be harmful to them – either directly, or through influencing perception of their identities. Similarly, I know queer people who dislike Drag Race for the way that it depicts (and, to a degree, commodifies) queer culture in a specific, stereotypical, and sanded-down way.

(It is important to understand that a trans person who is dressing to fit their gender identity is not in drag, regardless of their transition status. The assumption that any male-bodied person dressing as a woman is doing drag is a harmful one.)

Alternative gender expression has been important to me my entire life. Some of my earliest memories include dressing up as Wonder Woman and Jem as a little boy and being told that was fine. Maybe that’s why when I discovered the art of drag as a teenager (partially through RuPaul, but also in Priscilla, Queen of the Desert and Angel in RENT) it resonated with me so strongly. Not, not just strongly. Viscerally.

Drag can be parody, political, and expressive – often all at the same time, and it explores the often arbitrary lines our society has drawn between what it means to be male and female. That’s important to me and to my own conception and expression of gender, but I understand that it’s not for everyone.

In loving Drag Race, I acknowledge all of those problematic aspects of it. Yet, I love drag and for me – someone who doesn’t enjoy going out to bars and clubs – Drag Race is my primary means of accessing and consuming the art of drag. It’s also a highly produced reality TV show, which is not the same as actual reality.

And that’s what I have to say about that.

I turns out that next week will be the final episode of this season of All Stars – which makes this the final All Stars ranking! Which queen has the most momentum towards taking the crown? And, how will a surprising second return from the eliminated queens back as a jury of peers play out for our four finalists?

Don’t worry – All Stars 3 may be over, but my drag coverage will continue! Next week there will be 14 new queens to meet as I rank the queens of RuPaul’s Drag Race Season 10 based on their pre-season coverage. The new season debuts on March 22. END_OF_DOCUMENT_TOKEN_TO_BE_REPLACED

When I first began my stay-at-home time with Little Miss last year, Lindsay recommended that we check out the local library’s selection of museum passes, to which I replied, “huh and the what now?”

As it turns out, many library systems have passes to local attractions like museums, aquariums, and zoos that you can request and check out just like a book! After Lindsay carefully explained it to me as if I did not speak English, I checked out our library catalog.

Lo and behold, they had tons of passes cataloged – and, not just obvious stuff like the zoo or the Franklin Institute, but smaller, local museums too – places that probably benefit from the foot traffic generated from turning up in the library search! 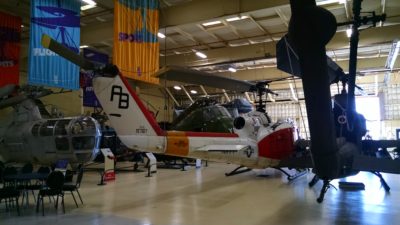 One such place that struck my fancy was “The American Helicopter Museum.” I might not be a guy who digs a lot of heavy machinery and I’m the farthest thing you could meet from a mechanical engineer, but I am certainly not going to turn down the chance to see a few dozen helicopters up close!

I filed the museum away in my head for future use on a rainy day. Luckily, most of our Adventure Days in the past year haven’t been rainy – and, when they were, we hit one of the city museums early before they could be packed with school field trips. I never had to pull the Helicopter museum out of my bag of tricks.

Then, a few weeks ago, EV6 and I were at an impasse in our weekly Adventure planning. We had fallen into a bit of an Adventure rut of hitting the same places repeatedly (please, no more Please Touch Museum, I beg you), and neither of us were too excited for a repeat. Struck by sudden inspiration, I asked her, “Do you like helicopters?” (Noise aside, what kid doesn’t?) When she nodded in assent, I showed her the photos on the museum’s website. She was instantly sold.

As it happens, yesterday was not a rainy day at all. It was a stunning bombshell of gorgeous Spring t-shirt weather when we pulled up to the museum. It’s located at 1220 American Boulevard, West Chester, PA 19380 in an otherwise unassuming office park, but it’s easy to spot due to multiple helicopters parked on its lawn. END_OF_DOCUMENT_TOKEN_TO_BE_REPLACED 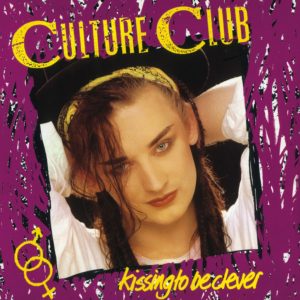 1983 was an obscenely good year of the music I love. Seriously, check out this list of releases at the top of my personal iTunes charts:

David Bowie – Let’s Dance, Billy Joel – An Innocent Man, Cyndi Lauper – She’s So Unusual, Madonna s/t, The Police – Synchronicity, U2 – War, plus singles like “1999,” “Sweet Dreams,” and “Flashdance What A Feeling” – plus, the music video of “Thriller”!

(Sadly, they were all shut out at the Grammys by Thriller, which arrived on November 30, 1982, after the end of the 1982 Grammys eligibility period.)

How to choose? As much as my heart lies with Madonna when it comes to 1983, I’ve already done a lot of writing about her best songs. Cyndi Lauper’s album is an all-time classic, but I didn’t have ears for it until after I met Lindsay. I love the singles from An Innocent Man, but in 1983 we were still spinning Glass Houses.

After agonizing over the decision, I realize I was making the mistake of looking for songs that I love now, when really I should be searching my earliest memories for songs I loved then. And, after “Thriller,” the great love of my three-year-old life was “I’ll Tumble 4 Ya.”

Yes, by Culture Club. I was so addicted to that song as a kid. It was the earliest example of my childhood choreography, as I’d launch into a series of somersaults during the chorus.

But, what is this monstrosity? It begins with mariachi horns and castanets, it briefly turns into a sort of lounge song, before turning into queer calypso elevator music on the chorus. And, check out the lyrics to the verse:

Downtown we’ll drown
We’re in our never splendour
Flowers, showers
Who’s got the new boy gender?
I’ll be your baby, I’ll be your score
I’ll run the gun for you and so much more

Holy crap, tiny Peter, was your first favorite song really an ode to blurred gender roles and sexual innuendo? And, also, how was Culture Club so deeply weird yet also so incredibly successful?

I cannot answer any of those questions, so I turned to the next closest source of information: my mother. Yes, my beloved readers, you about to witness a Crushing Krisis first: A BLOG POST FROM MOTHER OF KRISIS.

Take it away, Mom: 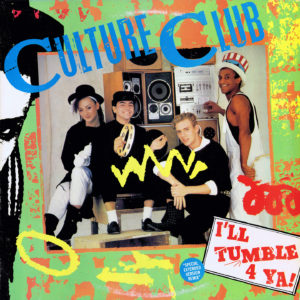 I first heard and saw Culture Club on MTV, which was new at the time. We didn’t have a big income, but we did have cable TV. There was something about their sound that grabbed me.

You were a music lover from a very early age. You definitely had your favorites and I can safely say “I’ll Tumble 4 Ya” was one of them. You would become a little animated dancer when it came on. You were a little young for a full fledged somersault, but you gave it your best try.

We lived in South Philly, and I used to take you to the playground off of 13th & Oregon and push you on the swings while I sang you my newest favorite song, like “Electric Avenue” and “I Can’t Go For That.” Through the process of elimination, perhaps I bought Kissing To Be Clever at a record store on East Passyunk Ave? Sometimes, when the weather was nice I would take you for a walk there. [Ed Note: See, my mom was a hipster before all of y’all were hipsters, okay?]

As far as the club music I was exposed to, the most important aspects of a song were:

Does it have a good beat? and
Can you dance to it?

Calypso, Caribbean, reggae, soul, funk, etc … they generally have a beat and you can dance to them. “I’ll Tumble 4 Ya” fit those parameters.

I suppose I noticed Boy George’s way of being different, but I didn’t care one way or another. I just liked the music. I guess different was ok with me. Bear in mind, I had spent a considerable part of my young life being a huge Bowie fan, so I wasn’t phased much by Boy George’s gender-bending feminine look (though, in no way did Boy George remind me of Bowie).

Not to blow my own horn, but I don’t think I was ever judgmental about how people looked or acted. Perhaps I developed a tolerant attitude as it relates to gender and sexual orientation. I mean, I was about 10 years old when my parents took me to visit my cousin D and her partner [a woman]. This was 1965. Also my cousin W was gay. The family just accepted it. Even my parents.

(I am the same person who bought you no less than two baby dolls, Care Bears, Jem, and both He-Man and She-Ra.)

That was… actually pretty awesome. Thanks, mom! Perhaps we can tempt her into another guest appearance as the month presses on. I love that last little aside, in case any of you ever doubt me saying I was all about inclusivity right down to the toys I played with as a toddler.