Last week, many music fans sneered at Taylor Swift’s country-tinged cover of Earth Wind & Fire’s “September.” EW&F’s original was suddenly sacrosanct and not to be covered – and especially not with banjos! How dare she! 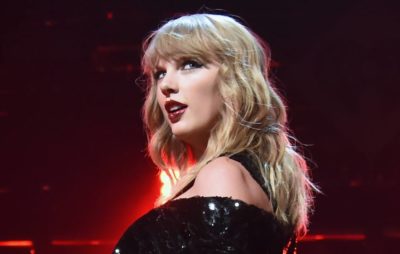 There is a prevailing trend in music fandom and cultural commentary right now to dismiss any acoustic cover of a pop, R&B, or rap song as minimizing the impact of the original or whitewashing it in a generic way.

While I recognize that there is an amount of inherent bias in people only enjoying a song once it has been covered by a white singer on an acoustic instrument, the idea of summarily discarding all such covers seems wholly ignorant of the power of music as an artform.

Before music existing as recordings, it existed as sheet music and oral tradition. There was no concept of hearing the song “the way it was meant to be heard.” Yes, you could follow the marking in the transcription perfectly or exactly mimic the way that song was taught to you. But music was necessarily spread by reinterpretation.

This extended into the era of modern recorded music in the form of cover songs. In the Doo Wop era it was common for the same song to be recorded by multiple acts. The Beatles got their start covering R&B hits like “Please Mr. Postman” in a rock style. Later, Earth Wind & Fire had a massive hit covering The Beatles’ “Got To Get You Into My Life” in an R&B style (for the Sgt. Pepper’s movie). Both covers broadened the appeal of the originals without erasing their impact. 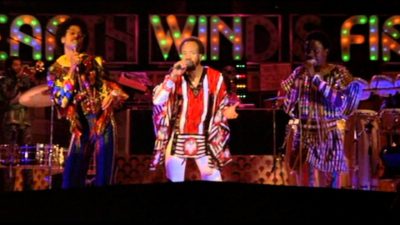 This process is rife with theft and appropriation, and I don’t mean to suggest that we’re worse off now that originating artists are able to receive and maintain attribution more readily. However, I think this new trend of sneering at “earnest” covers is a bad thing for music fans and critics alike.

The furor over Swift’s cover of “September” made me think about one of the most popular songs of all time: Dolly Parton’s “I Will Always Love You” … which is exponentially more known as a Whitney Houston song.

As with “September,” both versions of the song are recognizable as the same work with the same inherent structure. Houston’s version strips the slide guitars of the original and adds in many tired R&B and soft-jazz tropes that are the equivalent of a country banjo. She also lengthens notes and adds melisma.

Houston used the good bones of the song to broaden its existing appeal. In that case, the broadened appeal was to bring the song first to a R&B audience, and then to the wider pop audience. Nothing about her cover lessened the original or erased its impact (and made Dolly Parton a TON of money).

Many people discovered Dolly Parton through that cover. I discovered Nicki Minaj through Karmin’s cover of “Super Bass.” Some kids today will discover Earth Wind & Fire through Taylor Swift’s cover of “September.”

And you know what? Others won’t.

Some people – me included – just dig acoustic guitar and piano covers and have little use for more produced originals of *any* genre.

And what if someone says, “I never liked that song until I heard Swift cover it acoustically”? Is that such a bad thing?

The entire resistance to whitewashed acoustic covers is itself a cover. While the original argument was one about how white singers and people who play their own instruments got extra validation for their work compared to black artists or people who don’t play instruments, that has trickled down to “Chad and Becky should never cover that Beyoncé song.”

I think that watered down argument is just as dangerous as people who feel Beyoncé doesn’t deserve to win awards because she isn’t the sole songwriter of her music. You can decide not to like the “Chad and Becky” cover as your own cover of a very valid cultural critique, but there is nothing inherently broken, wrong, or impermissible about them covering the song.

Music is unique as an artform because it so readily invites mimicry by even the most untrained performer, and at this time stringed instruments and pianos are the most readily available means of reproduction other than the human voice.

To the banjo players of the world, I say: cover all of the classic R&B your little pickin’ fingers can pluck!

And to all of the music fans in the world, I say: love what you love, but when it’s a cover be willing to interrogate why you love it more than the original.

It must be paralyzing to be a famous musician.

I find it hard enough to write songs that I feel stand up to my increasingly large oeuvre of material, and I don’t have millions of fans waiting with baited breath for even a hint of my newest work. 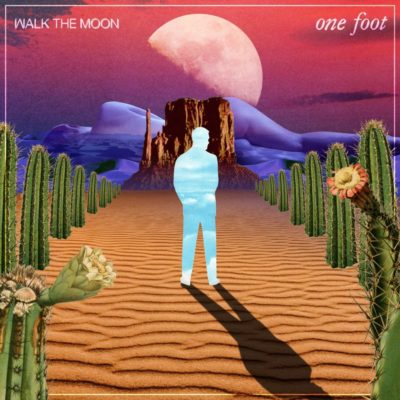 I’ve also never delivered an album as relentlessly charming as two of our household’s favorites from 2014: Taylor Swift’s 1989 and Walk The Moon’s Talking Is Hard.

Together, they have dominated our stereos, iPods, and kitchen dance parties for the last three years. Between them, they contain some of the first songs EV6 learned as sing-alongs, including bath nights shouting out the chorus to “Bad Blood” and spinning around in the kitchen while somehow letting the rush of words from “Shut Up and Dance With Me” tumble out of her tiny mouth.

As it happens, the follow-ups to both of those 2014 records dropped on Friday – Reputation and What If Nothing, respectively. Both LPs have the unenviable task of following nearly-flawless smashes, each with a specific sort of sonic gestalt that is easy to imitate but difficult to evolve into something new.

I am fascinated by these sorts of high-wire follow-up records. How many near-perfect albums can you think of that have a near-perfect follow-up? Does Tusk hold up to Rumors? Music to Tapestry? Bad to Thriller? Supposed Former Infatuation Junkie to Jagged Little Pill?

Do you repeat the formula? Do something deliberately and almost obtusely different? Or do you just writing the songs and whatever happens happens?

I spent this past weekend listening to Reputation and What If Nothing. I suspect Swift’s record will going on to be recognized as a total dud which she’ll later renounce; more on that some other time. Today I’m here to talk about Walk The Moon.

One of the reasons I was so obsessed with Talking Is Hard was the specificity with which the band sound-checked famous 1980s artists and their trademark sounds. They used both their songwriting and production to quote the recognizable sonic palettes of acts like Talking Heads, U2, Duran Duran, and Paul Simon.

It was a fun parlor trick, especially when combined with ruthlessly catchy hooks.  Yet, to repeat that theme of earworm nostalgia wholesale on a new album wouldn’t work. It would feel stale and expected – an imitation of an imitation.

What’s a catchy, retro band to do? “One Foot” is a good hint, not only because it’s the lead single, but because it comes after a pair of unusual opening tracks on the album.

It certainly sounds a lot like “Different Colors” from Talking Is Hard. It’s also a little ridiculous with its leading falsetto hook garnished with a tuneless little war whoop from the entire band. It’s also pretty plain beneath all the studio dressing, repeating a single four-chord progression the entire song.

I think this band is good when they’re a little ridiculous and plain. Self-consciousness wasn’t behind the best songs of Talking Is Hard, and it’s certainly not a factor with the silly braggadocio of the verses of “One Foot” and the gang chants of the hook.

It’s a song that sounds very much like Walk The Moon and not like anyone else in specific. What feels distinctly gone from this single (and, much of the LP) is the specificity of the band’s retro references as well as an occasional modern pop/rock sameness. “One Foot” feels like a song entirely of today, but also somehow also a song hot off the heels of the Pretty Woman soundtrack in 1990. Maybe that’s because there’s a little hint of the vocal bombast of “King of Wishful Thinking.

We need more unselfconscious music. This song might be calculated as hell – in fact, it’s probably likely to be as the lead single – but that doesn’t stop of from feeling unpredictable and infused with a wild sense of joy.

(PS: Check out this nifty acoustic version – I didn’t expect the songs to have such good bones under all the production.)

(PPS: Here’s the band discussing some of these songwriting challenges.)

The problem with perfection is the same one as the one with success: both are an expression of infinity.

In each case, you’ve halved the distance between you and the infinite – there is still an infinite distance left to travel.

I think about this concept a lot, but never more than when I am considering a well-made album. Isn’t that the perfect intersection of success and perfection, plus some other nearly-infinite-to-measure quality of talent? As an artist, how do you go back into the studio when your last album is a critical and financial success, and just perfectly executed? It’s a tightrope act from which a lot of acts tumble. 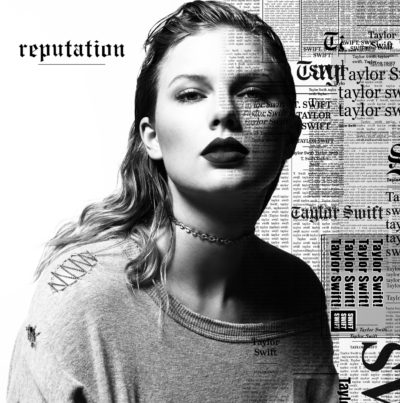 Case and point: Taylor Swift’s 1989. It’s as perfect of a pop record as I’ve heard in my life. Every single song could survive on the radio as a single. And, unusually for a golden pop LP, it actually took home the Album of the Year trophy at the Grammies – a rarity.

I don’t think there is any way to top 1989, so Taylor just … didn’t. At least, not with her lead single “Look What You Made Me Do” of off Reputation, out next week.

Swift has a habit of releasing somewhat bare, unusual lead singles, but this one is less than that. The entire songs lacks for melody before it dissolves into an embarrassing faux-hip hop retread of “I’m Too Sexy.” The overwrought lyrics, usually a Swiftian specialty, but here coming off as protesting too much. And the cinema-quality video, which mashes up a lot of disconnected elements. (Why is she a zombie at the beginning? What is with the Beyoncé rip-off dance break).

Yes, I know it currently has over 600 million streams on YouTube. That’s the kind of half-infinite success you can maintain after a long streak of near-perfection.

If there’s one good bit of the song (and the video, as it happens), it’s the string-tinged bridge with little tinkles of carousel music. It’s everything the rest of the song isn’t but wants to be – catchy, lush, and foreboding.

It’s from that point that retro arrangement wunderkind Scott Bradlee developed his band’s cover of the song. Described as a cover in the style of a James Bond theme song, it picks up the strings theme from the bridge and stretches it luxuriously across each verse to turn the previously bare vocal into a poisonous vamp.

END_OF_DOCUMENT_TOKEN_TO_BE_REPLACED 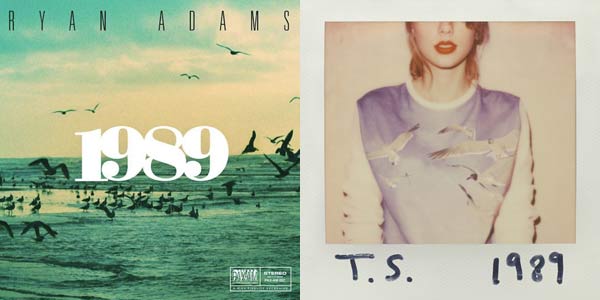 Now, having spawned five monstrous singles, Swift the songwriter is getting some of the credit she’s due, as in this amazing Grammy-Pro seminar where she exposes the process of writing and recording the LP.

I play in a cover band that’s touched at a least a third of these songs, and I occasionally play the album front to back on acoustic guitar for EV. I already know it has great bones, but also that some of Swift and her producers’ flourishes don’t translate well to an acoustic guitar.

In September, storied songwriter Ryan Adams covered the entire thing front-to-back. This is the sort of treatment typically reserved for gods of rock like Dylan or the Beatles, or at least Hall & Oates.

My question was: is it any good? And, more intriguingly: is it any better? END_OF_DOCUMENT_TOKEN_TO_BE_REPLACED