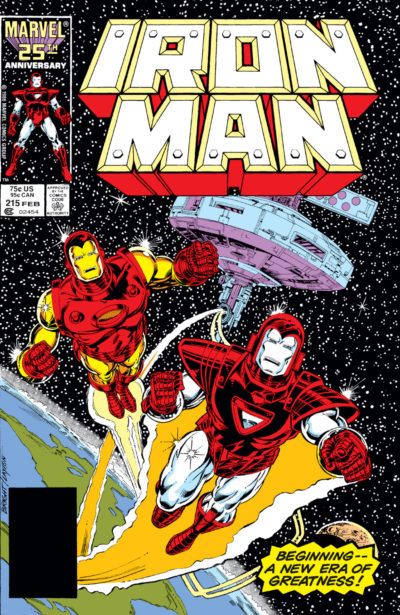 Co-writers David Michelinie and Bob Layton returned to Iron Man in 1987 after five years away writing (and, in Layton’s case, illustrating) other titles. 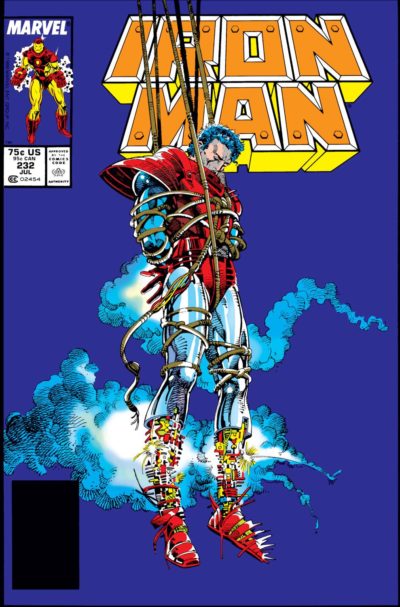 They came back to old shell-head in a changed Marvel that was ramping up towards more crossovers and increased speculation (in fact, Layton was one of the illustrators of the event that kicked off this era – Secret Wars, in 1985).

Marvel was going through a period of change, but Michelinie and Layton’s approach to Iron Man was much they same. Their first run on the title memorably focused on the man inside the suit with the “Demon in a Bottle” storyline. This run is no different. It piles on the human drama from the first panel by revealing that Iron Man’s suit is killing him, and Tony Stark’s personal problems only ramp up from there.

In fact, the overarching theme of this run is that Tony Stark makes all of his own problems. The existence of Iron Man seems to be necessitated entirely by Tony’s behavior and its grave, sometimes life-threatening consequences. He spends much of this run dealing with business competitors like AIM, Roxxon, Justin Hammer, Mandarin, and even the the anti-capitalist villain Ghost.

He’s even responsible for his own undoing in the most famous arc in this potential book: Stark Wars (AKA Armor Wars), where Tony faces off against a run of armored enemies who are using his own Iron Man technology to power their suits in the classic.

That’s not to say all of this run is about serious business intrigue – we still get lighter-weight face-offs with Rhino and Radioactive Man. Michelinie and Layton also give the book an international scope and make terrific use of Iron Man’s extended cast, including James “Rhodey” Rhodes both in his armor and out of it as Tony’s closest confidante.

The entirety of Layton’s work on the run looks phenomenal (sometimes as penciler, others as a finisher) as abetted by colors mostly from Bob Sharen. This book was on the stands along with the rise of mega-hot Image creators like Jim Lee and Todd McFarlane, but in retrospect Layton’s solid figures and grounded anatomy give it a timeless quality compared other books of the same period.

Just as Tony Stark’s weaponeering lead to his original condition of shrapnel to the heart, this run ends with Tony facing another debilitating condition that’s round-aboutly his own fault – and facing off against Doctor Doom! 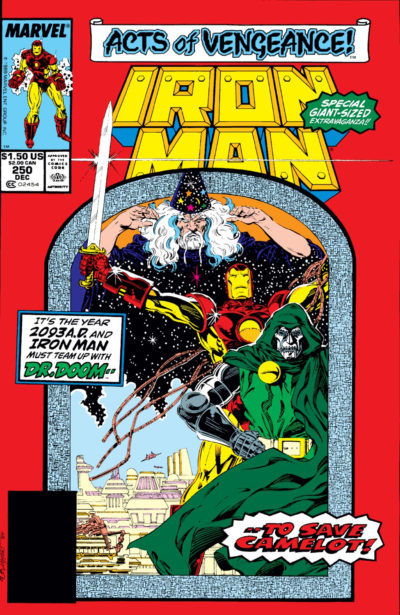 Will we see this omnibus in 2018? Maybe? There aren’t too many Iron Man omnibuses left to unfurl, and Robert Downey Jr. surely has a major role to play in Avengers: Infinity War.

Yet, this book would have been a much stronger match for the content of Iron Man 3.

Would I recommend buying it? If you already know you love Iron Man and 80s comics, this is a definite pick-up.

I’d still place the prior Michelinie/Layton run in the “classic” category even if it’s post Silver Age. In my mind, that makes this the first thoroughly modern Iron Man run.