After musing on the nature of how we remember things I unwrap a special packet – one that has both the apex and the nadir of pre-Bendis Avengers! It’s “one of the 90s most-notorious narratives” versus a cosmic conflict that was actually quite Earth-bound. 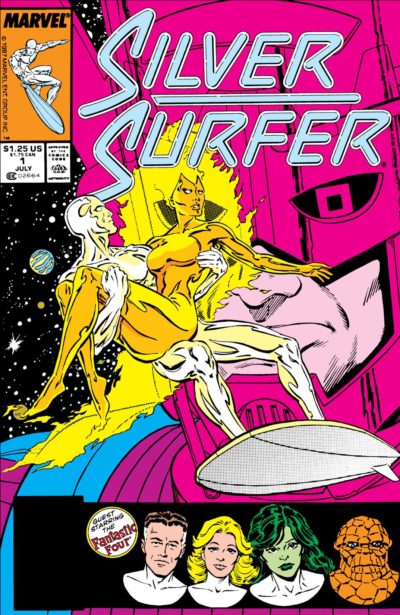 Ironically, Englehart’s Surfer run served to pave the way for Starlin’s triumphant return to Marvel, as he crafted the run-up to Infinity Gauntlet in the run that followed this. END_OF_DOCUMENT_TOKEN_TO_BE_REPLACED

And now, let’s dig into #6 and #5! END_OF_DOCUMENT_TOKEN_TO_BE_REPLACED