I open this episode by discussing my abridged history of brushes with the supernatural, including memorable stories CK posts like the blue hair dream and the graveyard ghosts. Then, I unwrap a pair of books that were the anchor to the early part of Jonathan Hickman’s run on Avengers and New Avengers – Infinity and Infinity Companion.

END_OF_DOCUMENT_TOKEN_TO_BE_REPLACED

Picture this – in October 2017 Marvel partners with Kickstarter plus one of the big online comic book sellers as a distributor to introduce the new “X-Men Omnibus Club: Year 1.” END_OF_DOCUMENT_TOKEN_TO_BE_REPLACED 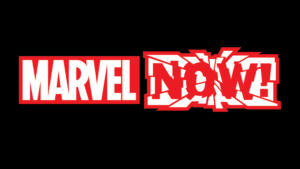 July brings us the October comic solicitations, and that’s the month Marvel uses each year as their launchpad for a new wave of books. That’s the result of an increasingly network television influenced strategy for Marvel’s comic publishing, which sees volumes of books as seasons of a show that it makes sense to renew regularly – sometimes each year.

With their 2016 Marvel Now! initiative, Marvel has so far announced 62 titles, including a stunning 33 new launches or limited series (and that’s with only one X-Men title so far on the slate!). This post covers every single title, detailing what it’s replacing, the creators, how hyped I am, and what it will be about – plus, it points you to the collection & reading order guides where each title will be recapped.

Basically: this is your one-stop resource for all things Marvel Now! 2016.

If a title isn’t on the Now! list, is that a smoking gun that it’s cancelled without a replacement? That’s unclear. For example, Moon Knight releases issue #7 in October, but the issue listed for Now! is #10 – so, these new jumping-on points will be staggered. It could be some of the unlisted books are mid-arc and didn’t make sense to label as Now, or it could be they’re due for a relaunch in the new year. Of course, I expect some of them will simply wrap up in the three months of Now launches.

Here’s the list of titles so far absent from the Marvel Now checklist: END_OF_DOCUMENT_TOKEN_TO_BE_REPLACED 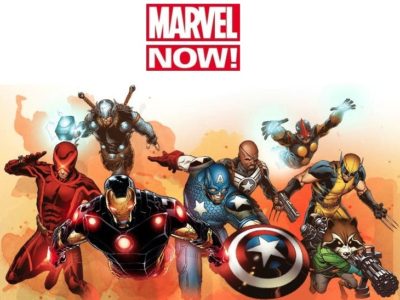 Let’s get to it! END_OF_DOCUMENT_TOKEN_TO_BE_REPLACED 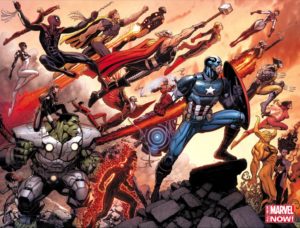 Now, on to the list! Do you have some different opinions? Sound off in the comments! END_OF_DOCUMENT_TOKEN_TO_BE_REPLACED